It helped me by way of some wintertime angst. And the strategy can be applied to not only bad weather but also how we...
Read more
News

MOSCOW—Russian police detained around 2,500 protesters across the region through mass rallies in support of...
Read more
Lifestyle

In the past there were only so a lot of surfaces in shape for biking, these kinds of as streets and pick trails. However,...
Read more 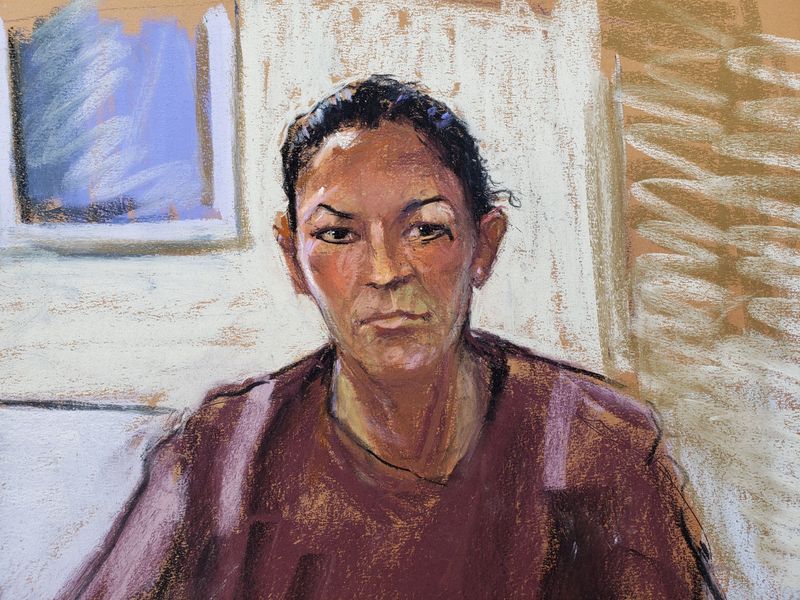 NEW YORK (Reuters) – Ghislaine Maxwell’s chance of a fair trial on criminal charges she aided Jeffrey Epstein’s sexual abuse of girls could be destroyed by substantial negative publicity if a deposition she gave four years ago were publicly released, her lawyers said.

The lawyers made the argument in a Thursday night filing asking the 2nd U.S. Circuit Court of Appeals in Manhattan to reverse a lower court judge’s order to unseal the deposition and other documents.

Maxwell’s deposition had been taken in April 2016 for a now-settled civil defamation lawsuit against the British socialite by Virginia Giuffre, who said Epstein kept her as a “sex slave” with Maxwell’s assistance.

Lawyers for Maxwell said the unsealing order did not take into proper account their client’s privacy interests or the promise of confidentiality she received before being deposed.

“If the unsealing order goes into effect, it will forever let the cat out of the bag,” the lawyers said, warning that “intimate, sensitive, and personal information” about Maxwell might “spread like wildfire across the Internet.”

The lawyers also said an unsealing would cause irreversible and unconstitutional negative publicity, and undermine the “truth-seeking function” of Maxwell’s trial by leading witnesses to “recast their memories of events from decades ago.”

Prosecutors have until Sept. 9 to respond. Oral arguments are scheduled for Sept. 22. Some other documents from the defamation case were released last month.

Maxwell, 58, has pleaded not guilty to helping Epstein recruit and eventually abuse three girls, who prosecutors did not publicly name, from 1994 to 1997, and to committing perjury by denying her involvement under oath.

She was arrested on July 2 in New Hampshire, where prosecutors said she was trying to evade capture, and is being held in a Brooklyn jail after a judge called her a flight risk.

Maxwell’s trial is scheduled for next July.

Epstein was found hanged at age 66 last August in a Manhattan jail while awaiting trial on sex trafficking charges.

Giuffre has been one of Epstein’s most visible accusers, and her lawyers have said the public has a right to see Maxwell’s deposition.

Lawyers for Maxwell disagree, saying her constitutional rights to remain silent and get a fair trial by an impartial jury outweigh any presumption of public access.

Maxwell would not be required to testify at her trial.

A lawyer for Giuffre did not immediately respond to a request for comment.

Maxwell is separately seeking to have prosecutors identify the three accusers in her indictment and challenging her confinement conditions at the Brooklyn jail, saying she is being treated worse than other pretrial inmates.

Share
Facebook
Twitter
Pinterest
WhatsApp
Previous articleSnow and sleet today in many parts of Brazil. This is in Curitiba, where these conditions should never happen.
Next articleCarmelo Anthony usually takes exception to Alex Caruso’s borderline filthy engage in

Is the Covid variant raging through the UK more deadly?

What does big business need to do to earn your trust?

President Donald J. Trump stops to talk to reporters as he walks to board Marine One and depart from the South Lawn at the...
Read more

It helped me by way of some wintertime angst. And the strategy can be applied to not only bad weather but also how we...
Read more
News

MOSCOW—Russian police detained around 2,500 protesters across the region through mass rallies in support of...
Read more
Lifestyle

It helped me by way of some wintertime angst. And the strategy can be applied to not only bad weather but also how we...
Read more