Hackers are advertising Depop app account details on the darkish net for as very little as 77p each individual on-line.
Read more
Entertainment 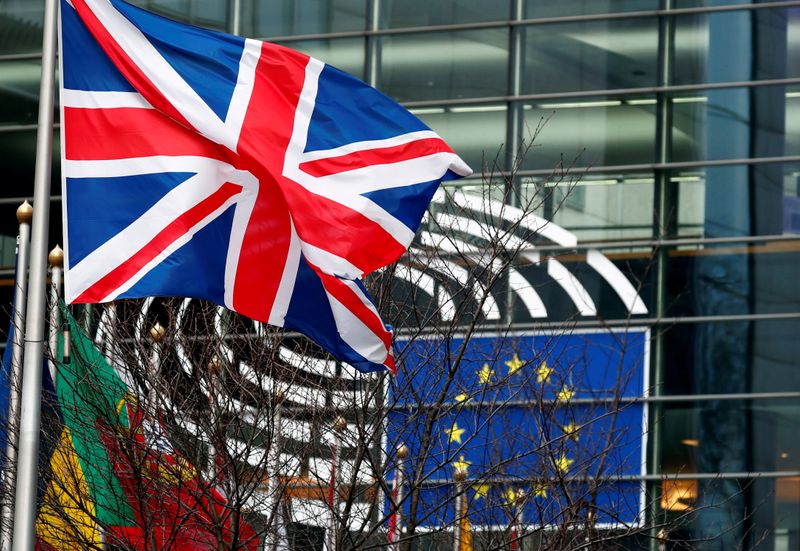 
By Gabriela Baczynska and Elizabeth Piper

BRUSSELS/LONDON (Reuters) – Britain and the European Union warned each other on Monday that time was running out to reach a Brexit trade deal, with big differences still to be bridged on state aid, enforcement and fishing.

The United Kingdom leaves the EU’s orbit on Dec. 31, when a transition period of informal membership ends following its formal departure last January, and the sides are trying to secure a deal to govern nearly $1 trillion in annual trade.

Prime Minister Boris Johnson, who is also tackling Europe’s worst official death toll from COVID-19, says a deal would be preferable but that Britain, which joined the EU in 1973, would flourish without one.

Talks in London over the weekend were “quite difficult” and “massive divergences” remained on elements of fisheries, economic fair play and settling disputes, an EU source said.

“We are running out of time here,” Irish Foreign Minister Simon Coveney said.

“We don’t need a deal at any price and we have made this clear… A deal is in everyone’s interest,” she said.

Johnson’s spokesman said there had been some progress but “there still remains divergence on issues (such as) fisheries and the level playing field.”

“We want to try and reach a free trade agreement as soon as possible but we’ve been clear we won’t change our negotiating position,” the spokesman said.

A trade deal would not only safeguard trade but also buttress peace in British-ruled Northern Ireland, though some disruption is almost certain at the busiest EU-UK border points.

Failure to secure a deal would snarl borders, spook financial markets and disrupt delicate supply chains that stretch across Europe and beyond — just as the world grapples with the vast economic cost of the COVID-19 outbreak.

Asked whether there was reason for optimism, Barnier told reporters: “There are reasons for determination.”

Coveney told Ireland’s Newstalk Radio that a failure to agree on fishing rights could wreck a deal.

“If there isn’t an agreement on this, the whole thing could fall on the back of it and that’s the worry,” he said.

Fishing alone contributed just 0.03% of British economic output in 2019, but it is an emotive subject as many Brexit supporters see it as a symbol of the regained sovereignty they hope leaving the EU will bring. Combined with fish and shellfish processing, the sector makes up 0.1% of Britain’s GDP.

Britain wants “zonal attachment” to agree a total allowable catch for its waters – giving it a much larger quota share than if the fish maths were worked out on the EU’s proposals.

EU sources said Barnier had offered Britain a 15-18% bigger catch after Jan. 1 but London had demanded 80% and annual quota talks, which the bloc rejects.

CoinShares to Launch a Bitcoin ETP on SIX Swiss Exchange

It joins several other ETP providers on the exchange, including ETC Group, with its own physically backed bitcoin product.Source link
Read more
Business

Welcome to the Roaring ’20s. When the world finally bids good riddance to Covid-19, courtesy of a...
Read more

Hackers are advertising Depop app account details on the darkish net for as very little as 77p each individual on-line.
Read more
Entertainment

India breaks Australia’s report of no decline at Brisbane for the previous 30 yrs : sports activities

Be a part of Our Discord Server!Welcome to r/athleticsWe designed a Discord server for our group and would like to invite all of you...
Read more
MY BIP